Because there is nothing left to do

Lately I have been driven to my knees-when there is nothing left to do.
We are a nation of "Do-ers". A nation of "fixers". And I am very guilty of this. But somethings we just have no power to fix. No power to "do". And there are a number of these things in my life, and instead of feeling hopeless like I may have once I have begin to pray. And be thankful for what the Lord has already done...for places his faithfulness has shown through.
We have struggled with illness this winter. Okay- for the last year truly. But in this illness we have seen very few- almost no seizures. And before Emmaus' surgery, illness would increase her seizures fiercely. So while I am exhausted of the illness I am beyond grateful that her being ill doesn't bring on terrible seizures like they once did.
I am grateful for an infant that is strong. That fights illness like a champ. Who's body was formed correctly, typically- who learns quickly and does things naturally.

Last night was probably the worst "bedtime" we have ever had. Emmaus was freaking out, fighting even meds that usually help her relax. She was screaming her blood curdling scream that both pierces us to the core and infuriates me at the same time. (Don't get me wrong- it shouldn't make me mad, but it does). It worries us because she cannot communicate well. Is she scared? Is she hurting? Or is she just being dramatic because it is bedtime? But last night overall she was "off"- and so we were concerned.

It is impossible to watch her be so broken. To watch her hit her head over and over, pull her hair. To have such frustration and rage. And then two seconds later be kissing us. It brings out a sense of hopelessness. And fear. Fear of "what if she does this when she is big?"- she could really hurt herself! After putting her to bed for the second time with the same screaming session. I just sat outside her door and prayed. "God you are bigger than Emmaus at bedtime". "Jesus break in and bring calm to this child" "Jesus bring her the ability to communicate with us".
Prayers uttered not only as a desperate mother, but as a person confessing- I cannot "do" or "fix" in this situation.
I am powerless often when it comes to Emmaus. I have no solutions. No ideas.
I know God is bigger than her Genetic code. I know he longs to make her well. To bring healing and restoration to her body. To our lives.
And so to my knees I go. Believing the Lord will restore. Will heal. And when it gets too big too hairy- we send out the emergency text to our community asking them to join us in asking for peace in the moment. And healing and restoration for the long term.

And then we do what all sensible parents do. Grab a drink and head to the garage (because you know its 32 degrees mid april in KS- so we can't sit on the porch) to wait out the screaming. Because one can only listen to that sound for so long before they need to go live in the nut house. 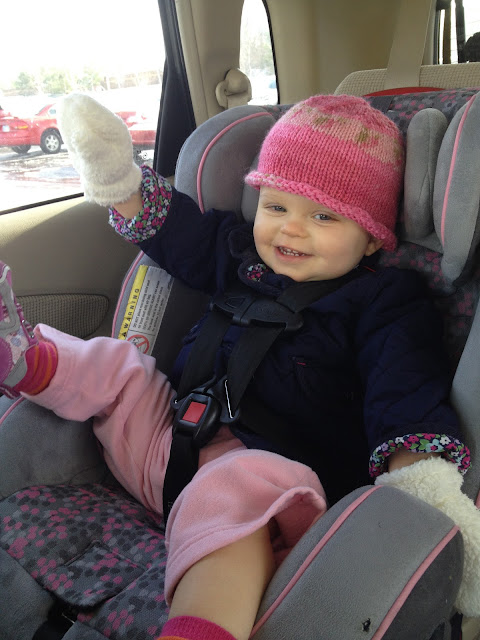